At least three times a year, some 125 physicians from all over the world exchange their white coats for evening attire and perform benefit concerts to support global medical aid projects. While their daily work focuses on healing one patient at a time, as an orchestra they promote the conviction that neither national borders nor political or economic interests should limit access to basic healthcare.

As a result of the generosity of people like you, WDO has taken performances in world class venues in Armenia, Austria, China, Germany, Taiwan, South Africa, and the U.S. and translated them into financial support for organizations including: George Mark Children's House, The Free Clinic in Cleveland, Ohio; Whitman Walker Health in Washington, D.C.; The Hugo Tempelman Foundation's Ndlovu Medical Center in Elandsdoorn,  South Africa; the Formosa Cancer Foundation in Taiwan; and Dentists for Africa in Kenya. 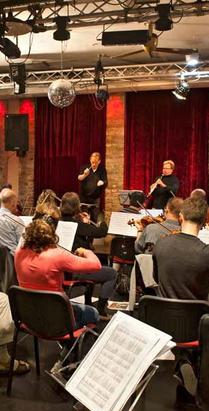 UPCOMING EVENTS
SUPPORT
Thank you for contacting us! If needed, you will hear back within 48-72 hours. 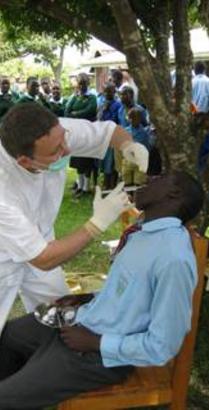 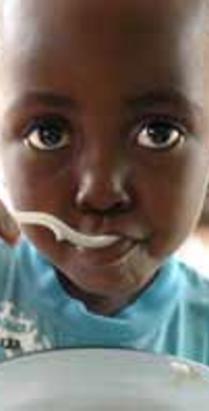 For the uninitiated, the North American iteration of World Doctors Orchestra was founded in 2011 so that we might better serve the charities and donors of the United States and Canada; WDO's sister organization was established in Berlin in 2008.  Our vision is to remove barriers to access to healthcare via the international language of music; our mission is to provide worthy healthcare charities with financial development opportunities that qualify as tax deductible charitable contributions in the United States.

​WDO now includes more than 1,200 physician-musicians and has provided half a million Euros to support charities including:

While the daily work of our physician-musicians focuses on healing one patient at a time, as an orchestra we promote the conviction that neither national borders nor political or economic interests should limit access to basic healthcare.  Your support of our upcoming sessions makes this conviction a reality.​

The Good Works of WDO, USA and its Sister Organization, WDO, e.V.

Save the World One Note at a Time